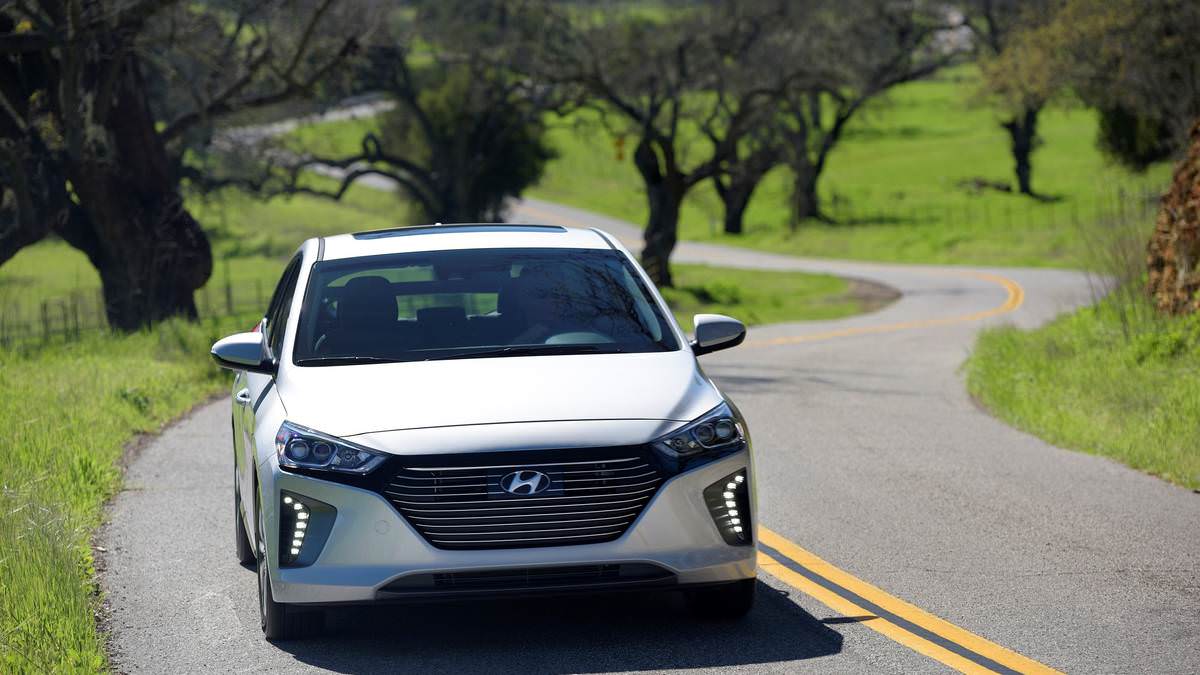 If it's a competition for hybrid sales, there's no contest: The Toyota Prius easily beats the Hyundai Ioniq. In fact, since the hybrid and fully electric versions of the Ioniq arrived back in January, the company has moved just over 10,000 of them. Toyota will likely sell 10 times as many Priuses this year. But according to Michael O'Brien, Hyundai's vice president of product, corporate and digital planning, the low sales figure isn't because buyers don't want these Hyundais. The real reason? Hyundai's U.S. dealers can't get enough of them.

"Frankly speaking, the biggest challenge with our hybrid has been global demand," he says. "The U.S. has been competing with other (Hyundai) markets."

Back in June, Business Korea reported that the problem has been a shortage of battery packs from supplier LG Chem. But regardless of the specific holdup, even once supply does eventually meet demand, O'Brien doesn't see Prius customers defecting for Hyundais.

"When you look at the total market size, the companies that will win in this game are the ones that can bring in customers that currently own gasoline products," he says. "The total pool of people that are already buying electric vehicles is pretty small. So, if we focus on bringing people out of gasoline cars, there's a lot more buyers we can talk to."

The data Hyundai has collected about Ioniq Hybrid customers so far shows that 73 percent of them are first-time hybrid buyers. And this winter, Hyundai will have another reason for folks to trade in that conventional gas compact sedan --the new Ioniq Plug-In Hybrid. The Plug-In Hybrid (PHEV) joins the Ioniq Hybrid and Ioniq Electric to form a smart three-way electrified strategy for small cars. But don't expect to spy these unique Ioniq powertrains from a distance -- there are only slight trim changes to separate the three models.

Underneath the metal, the Ioniq PHEV uses the same platform as other Ioniq models -- one dedicated to electrification and shared with Kia. Up front, the PHEV uses a MacPherson strut arrangement, but in the rear, there's an independent multilink suspension. Hyundai says the overall structure of the Ioniq is stiffer than either the Elantra or Sonata. The PHEV borrows technologies and parts used in the Ioniq Hybrid and the Ioniq Electric and mixes in plenty of new ones too. Under the hood is Hyundai's 1.6-liter direct-injected, Atkinson-cycle four-cylinder. It produces 104 hp at 5,700 rpm and 109 lb-ft of torque at 4,000 rpm. Unlike most hybrids, which use continuously variable transmissions (CVTs), Hyundai specifies a six-speed dual-clutch transmission and offers a sport mode with full manual control.

The PHEV pairs that four-cylinder with a 44.5-kW electric motor that develops 60 hp and 125 lb-ft of torque. It's a more powerful motor than the 32-kW unit in the Hybrid but down a bit from the 88-kW motor in the Electric. Similarly, the PHEV's 8.9-kWh battery pack carries more juice than the pack in the Hybrid but less than the Electric. Hyundai says all three lithium-ion polymer packs are similar in design. Because the PHEV uses a larger pack, cargo volume is reduced by 3.5 cubic feet over the Hybrid. Still, with 23 cubic feet of space without the seats folded, there's plenty of room for gear.

"We wanted to make sure the price point of the PHEV was such that people would consider it alongside a gas car," says O'Brien. "There's a balance of affordability and range."